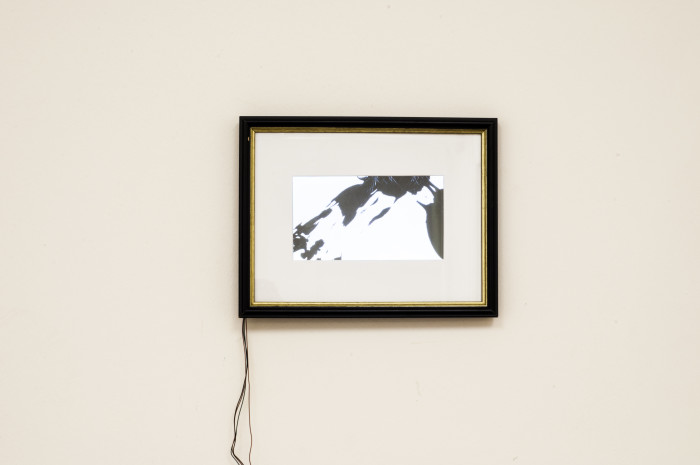 “Unpainted Undrawn” is a series of works that consist of cracked screens, mounted in classical and modern picture frames. These screens are collected from dismissed devices such as: tablets, ebook readers, smartphones, monitors, and several other kinds of digital device.

Screen damages reveals the material essence of electronic based images, as well as their potential aesthetics. The frame into which these screens are inserted plays a very important role within the concept of this work. First of all, the frame relates to the ancient and romantic stereotype of an artwork. Thus the frame’s presence is an ironic attempt to elevate the aesthetics of cracked screens to the status of art. At the same time, the frame recalls the medium of painting, and therefore its materiality, which is explicitly relevant for image creation. In the history of painting, the awareness of materiality emancipated the technique from the status of flat visual representation. In a similar way, the images of these devices are not representations driven by a software, but a physical expression of the screen/medium.