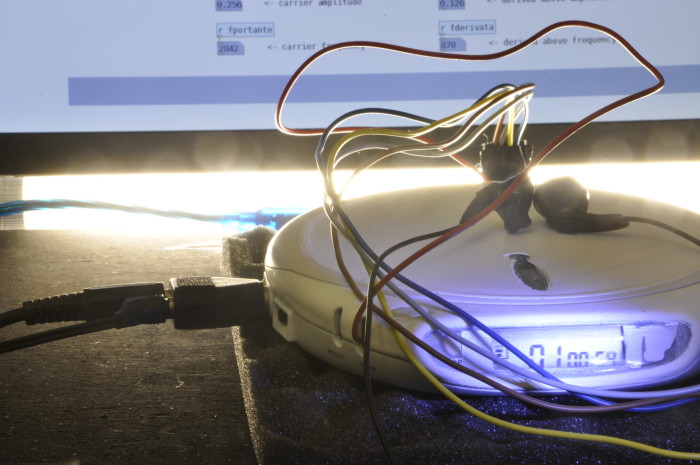 CD players don’t play and they aren’t played, they don’t contain referential information, their form and meaning are only a pure interpretation of the reading of hardware and software systems.
“CD player” installation will legitimize its name, proposing a CD player that plays its mechanic sounds and vibrations . The noise of the engine that moves the CD and laser are inserted in an amplification system: this is a symbolic way to suggest this noise is like music.
Each CD player command, when it is activated, runs a sequence of mechanical movements with its specific sounds. The CD player’s commands are activated by an analysis of music recorded onto the CD. When there is a certain similarity between the CD music played, and the mechanic sound of a specific command, this command is activated.
This system, leads the CD player in a schizophrenic research of an improbable identity, showing a pursuit of mechanic function to the sound played, trying to achieve the lost referentiality.