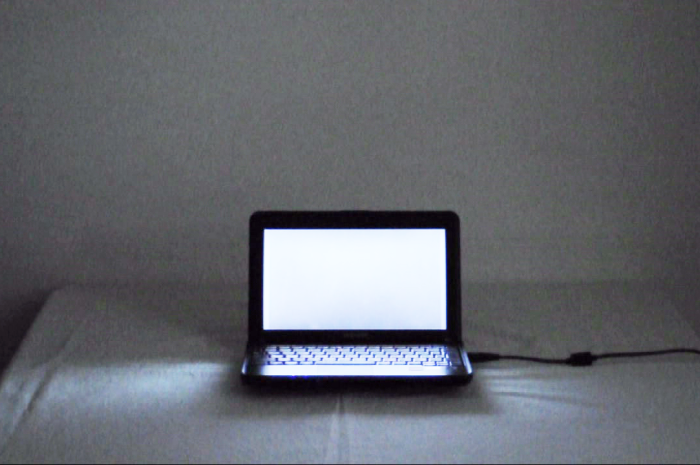 Usually in music the musician performs a score written by others, and the aesthetic comes from their interpretation of it. A score can even be performed with different instruments, but is the result the same? In the difference between one instrument and another, the identity the instrument itself emerges.

Arnulf Rainer is a film by Austrian experimental filmaker Peter Kubelka. It is a movie which creates its very aesthetic from the essence of the cinematic image: light and its variations. Like digital systems, it comprises solely a binary alternation of light and no light. Its storyboard is indeed a score, or, better, a digital sequence.
The radical low tech aesthetic of Kubelka’s film was achieved by the cinamatograph, using the most minimal image possible.

Arnulf Rainer for digital performer is a software that runs on a computer, retracing the score of Kubelka’s film in real-time. The execution of this work re-enacts the movie for a digital performer. Its performance is its interpretation and its peculiar aesthetic identity as well.