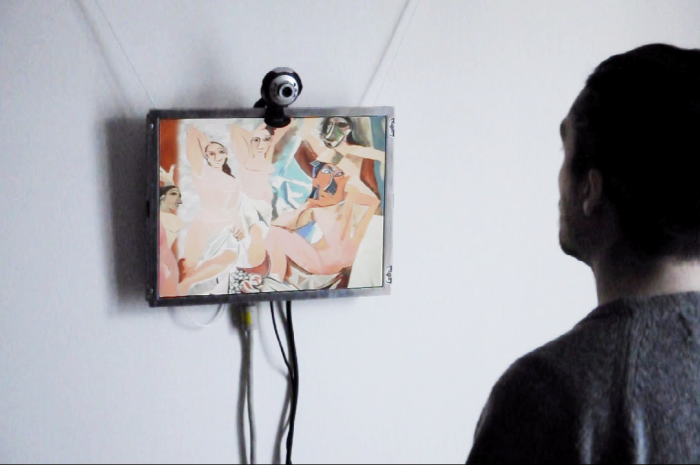 Les demoiselles dynamiques is an interactive installation that reenacts the image of one of the most symbolic paintings of cubism (Les demoiselles d’Avignon by Picasso), to achieve the multi-prospective approach of a cubist image.
This is possible through the simulation of the parallax effect between the represented objects and the user’s point of view. In this way, the screen isn’t an indifferent support to the fruition, but tries to give an experience, similar to the natural way of interaction.
The window open to the world, that for Leon Battista Alberti meant: an opening of the thought in an physical space, becomes a window where it’s possible to see the landscape behind his frame.